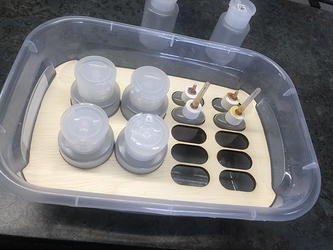 I thought I’d share a neat method I used to trace the inside of a container to create a pattern that I could then use to laser cut. Shout out to @jody and @RealCarlRaymond for inspiration / nudges in the right direction. 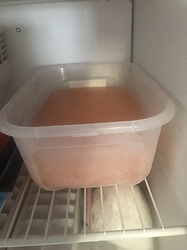 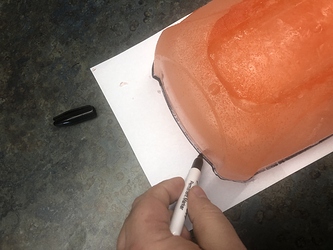 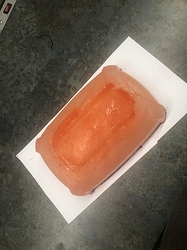 I filled the container up to the level I wanted to trace with water (colored here with two popsicles, but that ended up not really being necessary). Then stuck it in the freezer to freeze. Once solid, I popped it out onto some paper and (with haste) traced around the outline with a decently strong sharpie. (Put the block in the sink before moving on to the next steps… 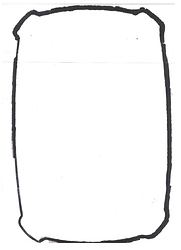 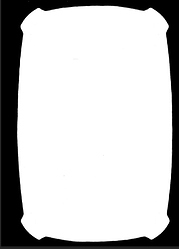 Then I scanned the tracing and opened it in Photoshop to retouch and make it easier for live trace to handle in Illustrator. I ended up copy and pasting the best traced corner around the other 3 sides, using the outline to make sure the sizing stayed correct. 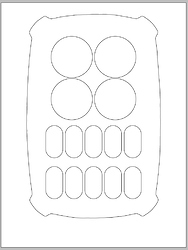 Then I opened up the retouched image in Illustrator, used Live Trace (with default settings, because the image was simple enough after retouching that illustrator had no problems live tracing it) and added the shapes I wanted to cut out.

Pretty pleased with the result and aside from the time waiting for water to freeze and retouching the image for easy live tracing (probably took about 30 minutes) it was pretty quick and painless.