Idea for the tables in the front area

It would be cool if we had some sort of a desk organizer for the work areas in the front of the space. We’ve got cups that we put pens and stuff in, but they’re constantly getting knocked over and you have to fish through them to find what you’re looking for (if it’s even still there). I’m thinking something laser cut would be super cool (since we like to dog food and all).

Maybe something that has compartments for pens, markers, scissors, tape, maybe a couple of screw drivers–the things that one often would just want to grab quickly. Organized so that we can see what’s missing and easily see what’s available.

I’m not sure when I’ll ever get around to designing something and cutting it out, so I thought I would put the idea out there and see if anyone wants to run with it. LMN will of course pay for the materials.

A nice holder for all the pens on your desk...

This desktop tool holder is made â€‹â€‹by using a laser cutting machine at f.Labo in japan. The material is MDF2.5mm. 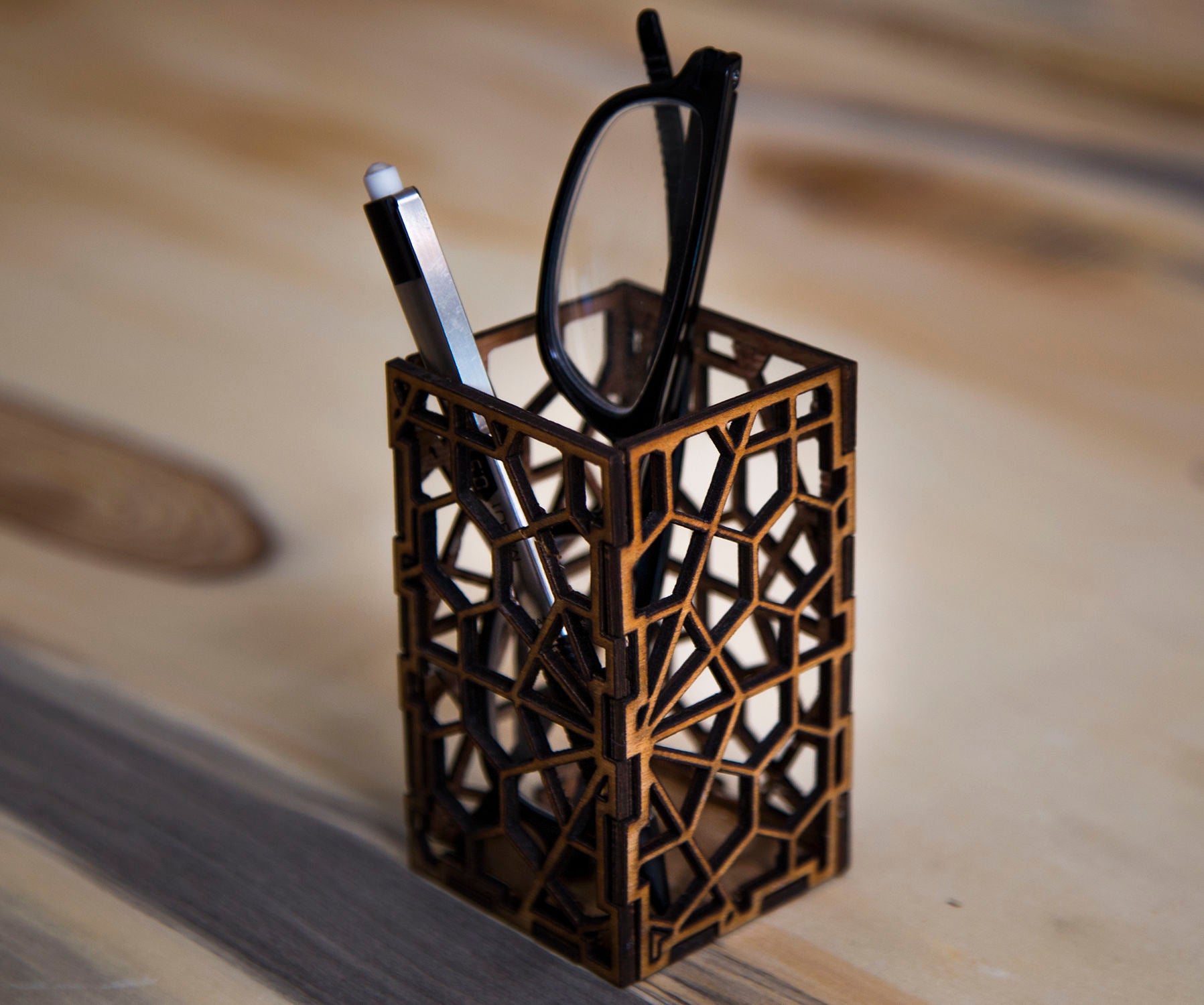 This wood desk organizer is modern, simple, and easy enough for a woodworking beginner to complete. Keep your desktop neat with this cute caddy.

And this is just entertaining…

I’ve had similar thoughts about building something like that. It needs a pen/pencil cup, scissors cubby, small notepad garage, and large notepad hotel. Large enough not to get knocked over. Small enough not to be intimidating.

I’ll see if I can design something, possibly in consultation with @jody.

OK, I’ve just knocked over the pen/tools/scissor holder on a front desk again and am ready to do something about it using some of the un-labeled ply against the wall. At this point, I’d be going after function over decoration. Does anyone have an objection or wish me to not do this?

The new table/desk organizers are built and in place. 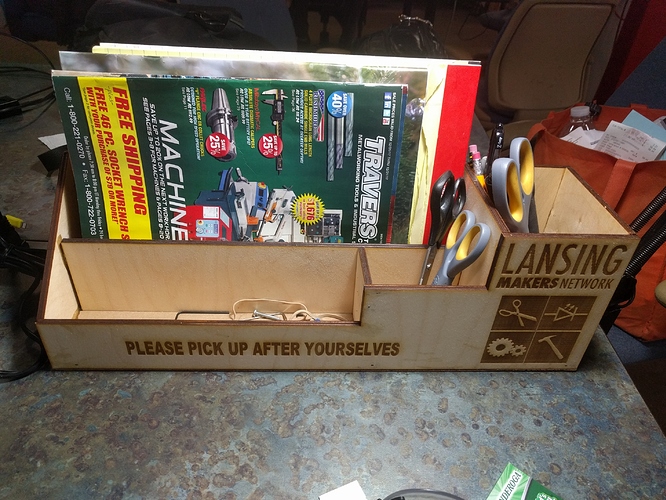 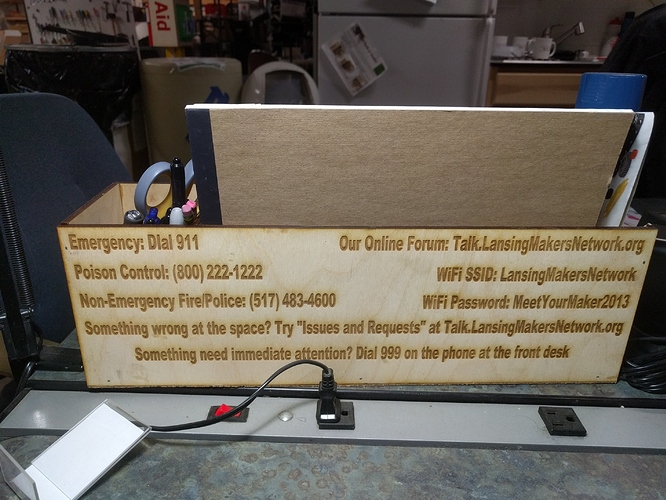 Awesome work! Love the information you included on the back!

Looks great @RayKurtis thanks for taking this on!

This idea would be great to expand into the other areas too, especially the ones that have tools that are constantly being used. (Electronics, crafts, etc).

Could you share the design files so others could expand on the idea ?

The original VCarve file for the base got corrupted, fortunately AFTER I output the G-Code. However, the RDWorks file is on the computer next to the laser cutter. In “Documents” is a folder of my name, within that is the “Desk Organizer” file. Anyone looking to use that file is free to make a copy and do what they with with it. If the G-Code is desired, I can add that to the folder as well.

It looked like it was all laser cut. Did I miss some Cncing on it or did you design it in vcarve?

Everything but the hidden base was laser cut. The outside 4 pieces make a skirt around a 1/2 thick base which was routered on the CNC with 1/4 inch channels. The parts that go through the center are glued into those channels. If you look inside the unit, you can see the different material. I did that for both added structural support and extra weight to help prevent it being tipped over.

Nice touch. I’ll have to take a closer look!

This topic was automatically closed after 4 days. New replies are no longer allowed.