As many of the CNC regulars know, we’ve always had some trouble with the spindle overheating on longer jobs. Recently @CBennett had the idea to look at the variable-frequency drive (VFD) that controls its speed. It turns out that’s a fruitful place to look, because there are lots and lots of parameters that can be configured, and more than a few can affect how hot the spindle runs.

One likely candidate is the pulse-width modulation (PWM) rate. We did some web sleuthing, and found some information, and then some other information that seemed somewhat contradictory. The PWM rate has been set all along to the VFD’s default value of 10KHz, but one source said to set it as low as possible while the spindle still sounds OK. The PWM rate can be set between 700Hz and 18KHz.

First I tried 700Hz, and it sounded terrible. I slowly raised it until 6KHz, where things sounded OK. Then I ran a long job resurfacing the spoil board. That ran for 45 minutes. The spindle got up to 140F by the end of the job. That seems like an improvement, but it’s not really clear, since the speed was only 8,000RPM using the big fly cutter, which is less than the 12,000 RPM we use with the 1/4" bits.

So we’ll try some other settings, and see what happens. At least now we have something to fiddle with.

What is the brand of the router/spindle? 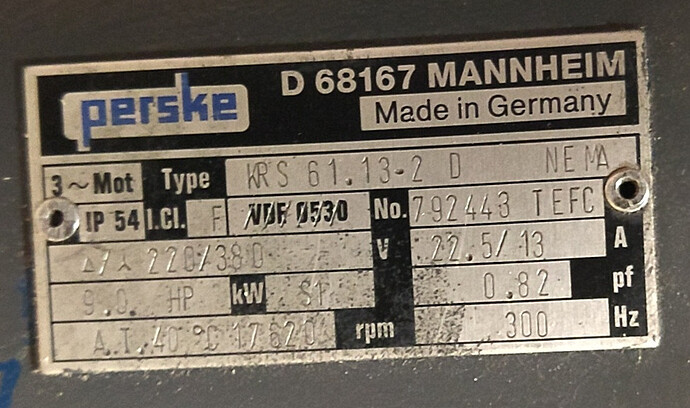 Those are some kind interesting specs. 300hz is obviously not what I’m used to seeing on HVAC equipment. Must be spindle motors are designed to be hooked to a VFD . The motor was drawing around 10.5 amps the other day which is lower then the tag spec which I would think is a good thing. I was considering strapping my battery powered fan to the spindle motor to see if that would help cool it. What do you think about that idea? 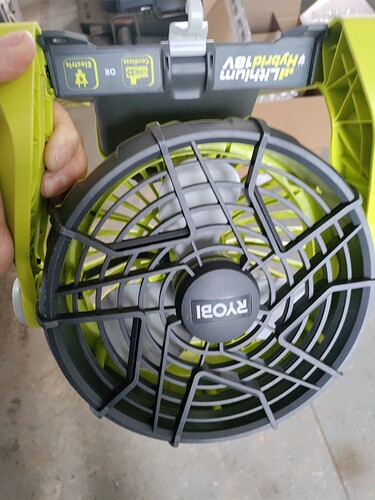 I ran the CNC with my Ryobi fan for about 2 hours and the spindle never got over 137 F. I will leave the fan until we come up with a permanent solution. It uses the same batteries as the Ryobi drill. Maybe we can come up with a hard wired external fan of some sort? Anyway I got my sign done. 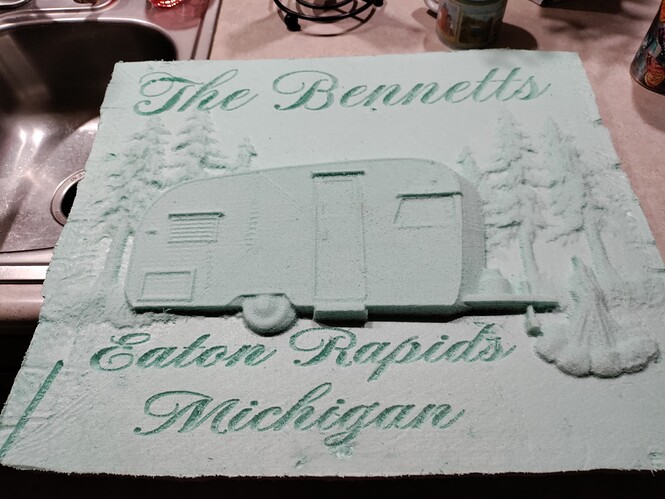 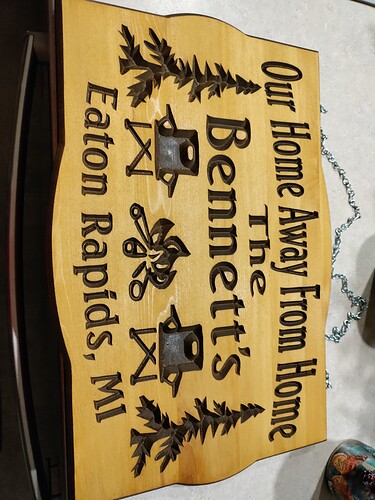