I tried to open Adobe Photoshop on the computer closest to the printer. When the program launches, a screen opens asking for a adobe sign in. See attached screenshot. 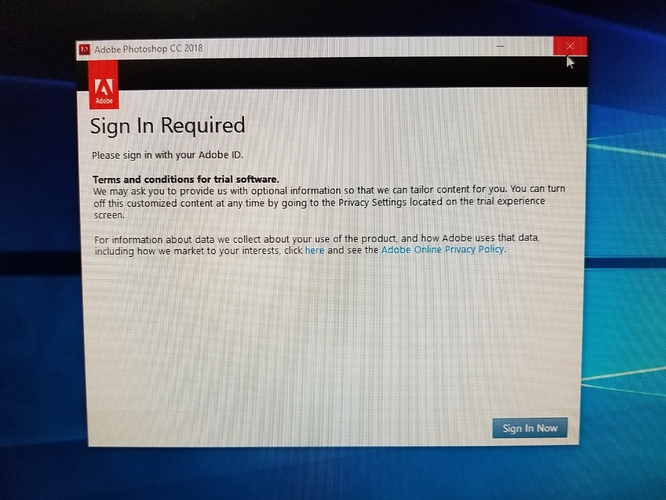 We’ve had a similar issue in the past when the machine gets logged in as a different user than the application was installed under (vCarve in that case but it behaved similarly). Try logging in to the computer as the other user (I don’t remember the name at the moment). If that doesn’t work @jody can you take a look?

I checked it and was able to start photoshop on the design computer next to the printers. So I’m guessing that the user issue was indeed the problem.

If by “printer” you meant the laser cutter and I misunderstood, that computer doesn’t have a working copy of photo shop / creative suite on it (by design… that machine is for running jobs, not designing).

This topic was automatically closed 6 hours after the last reply. New replies are no longer allowed.